Is it weird that this recipe sounds like breakfast to me? 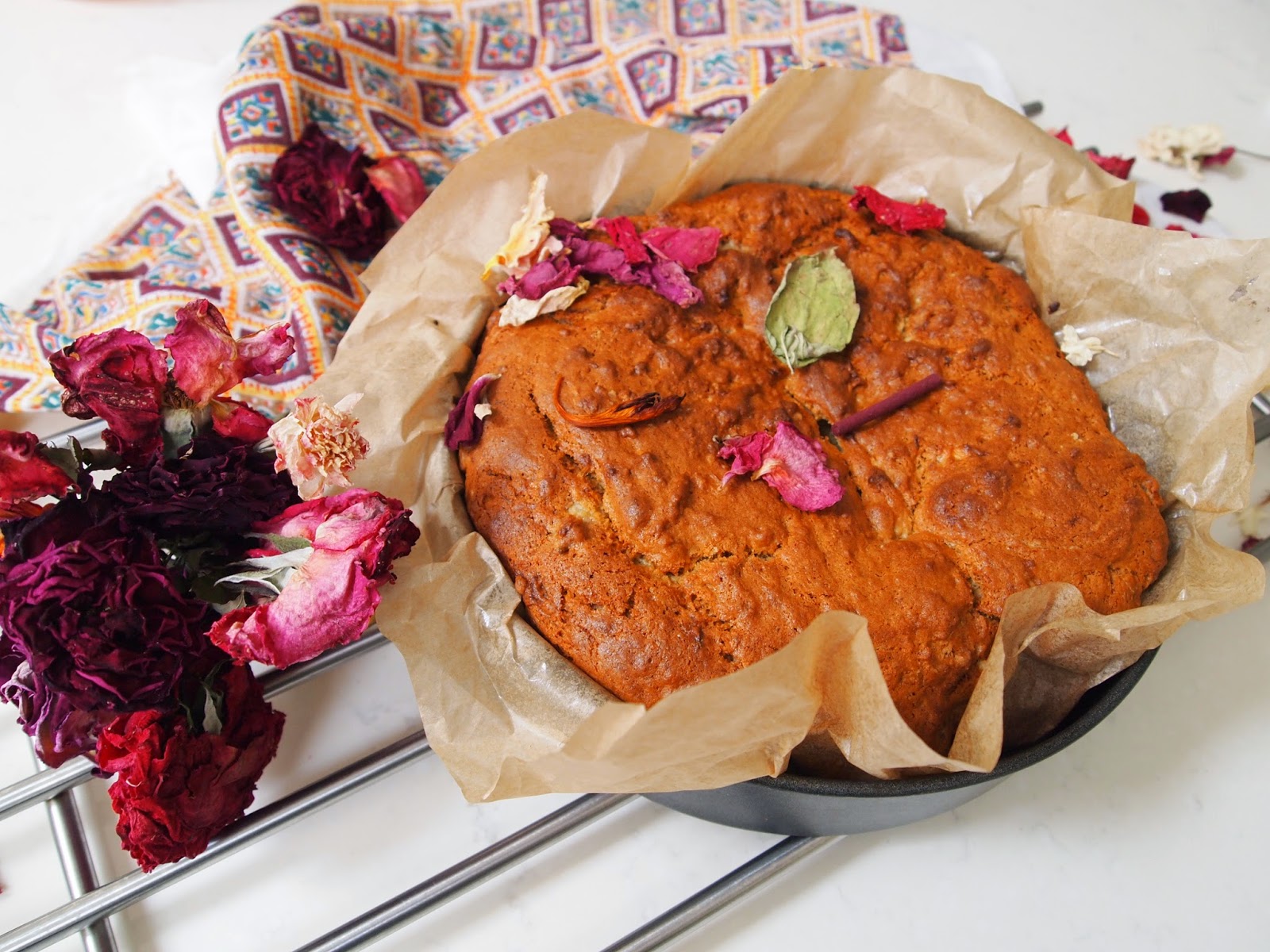 As atrociously crazy as cake masked as bread and ice cream for breakfast sounds, when I was younger my breakfasts were a lot worse.

Ever heard of anyone eating bourbon biscuits (the Champion of all biscuits in my opinion) before 8 am? Or a slice of angel cake (the Mr Kipling kind with three perfectly formed pink, yellow and white layers)?

Now before all you Parenting Police start cursing my Mum and Dad for letting me eat such sugar packed rubbish in the morning. It was better than sending me to school on an empty stomach (.. or so I persuaded them!)

In their defence. I cannot remember a day of my whole schooling life when I got sent to school without a fruit box. Which I (almost) always ate.

There. That makes it all right now doesn't it? (Rhetorical question.)

Since my younger school days I have developed a real appetite in the morning. Some would say it's a more irrepressible appetite practically all of the time (which is probably true).

But, if you haven't tried peanut butter and banana on toast in the morning then, quite frankly, your breakfast repertoire is definitely lacking. Trust me it keeps you full until at least elevenses!

So whether you deem my argument for peanut butter, banana and coffee as a breakfast combo valid or not, you cannot argue against these flavours working a treat as a dessert. Or as elevenses or lunch or tea time snack or after dinner dessert or they will undoubtedly satisfy your midnight cravings. (All of which are acceptable, if not essential, mealtimes.) 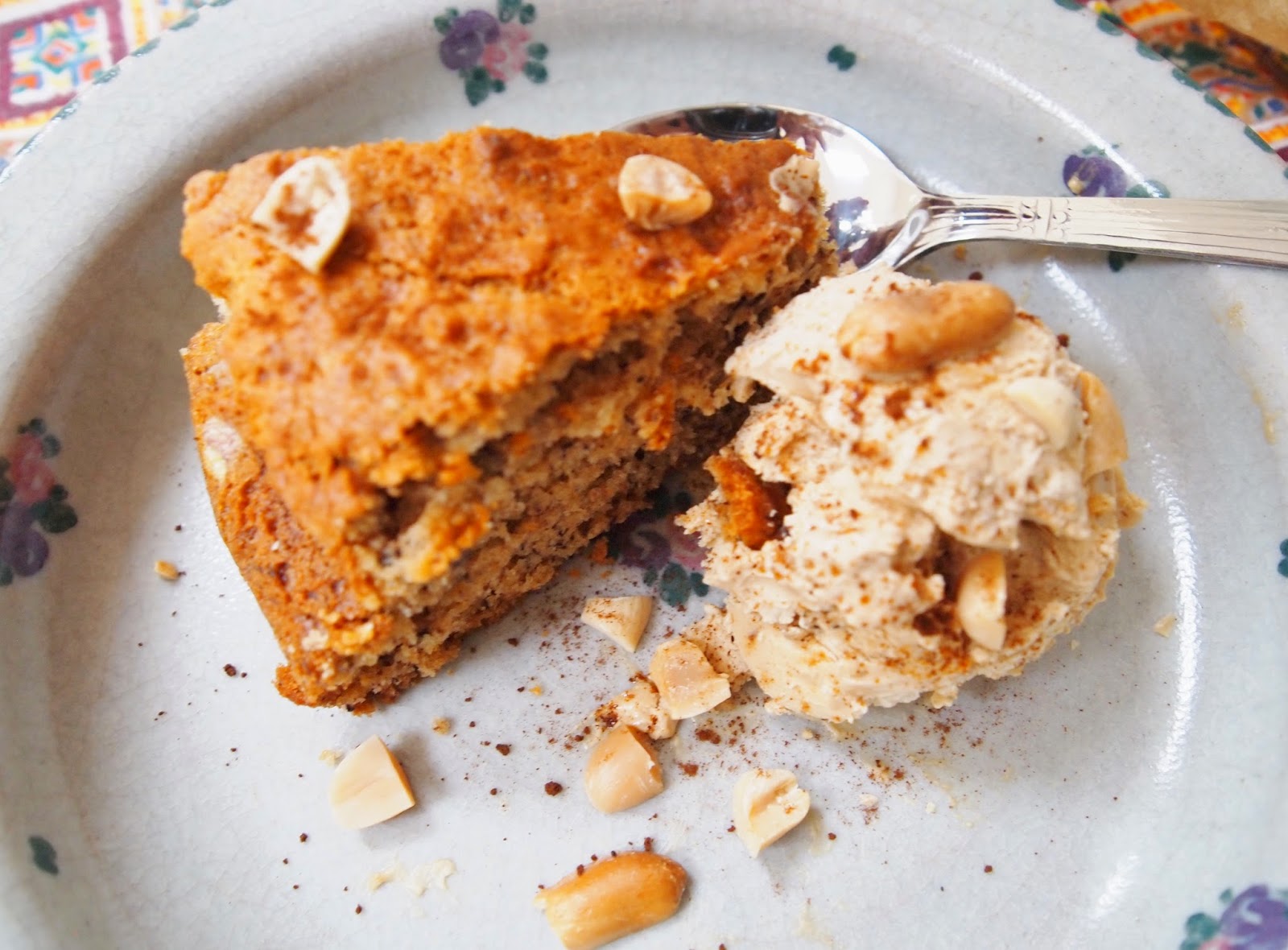 Even better this is a Nigella recipe (the Nigella of easy, stress free, somewhat sexualised cooking fame) for no churn ice cream. And as for the banana bread, that's just a bit of smooshing, sifting and mixing. Simple! 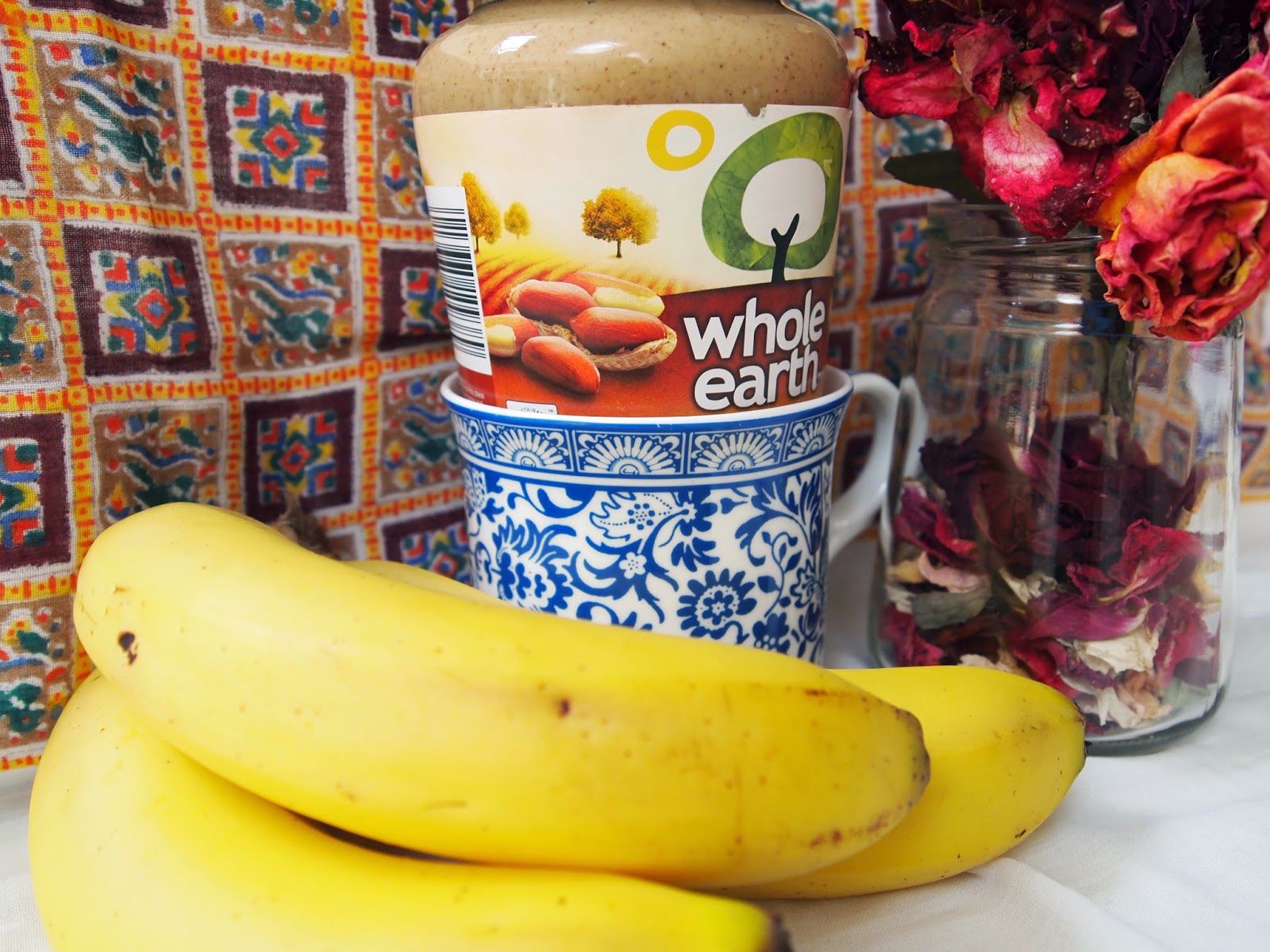 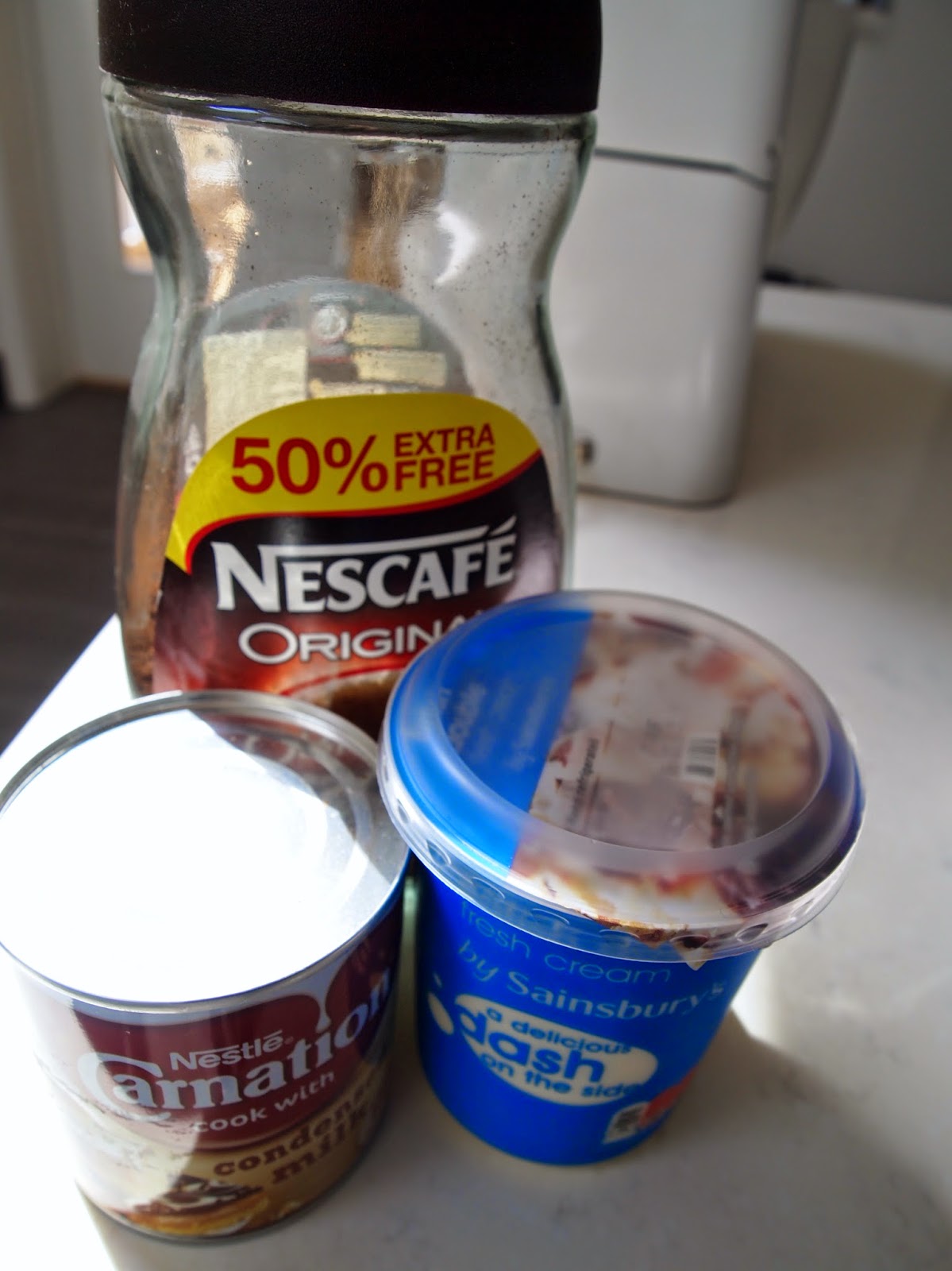 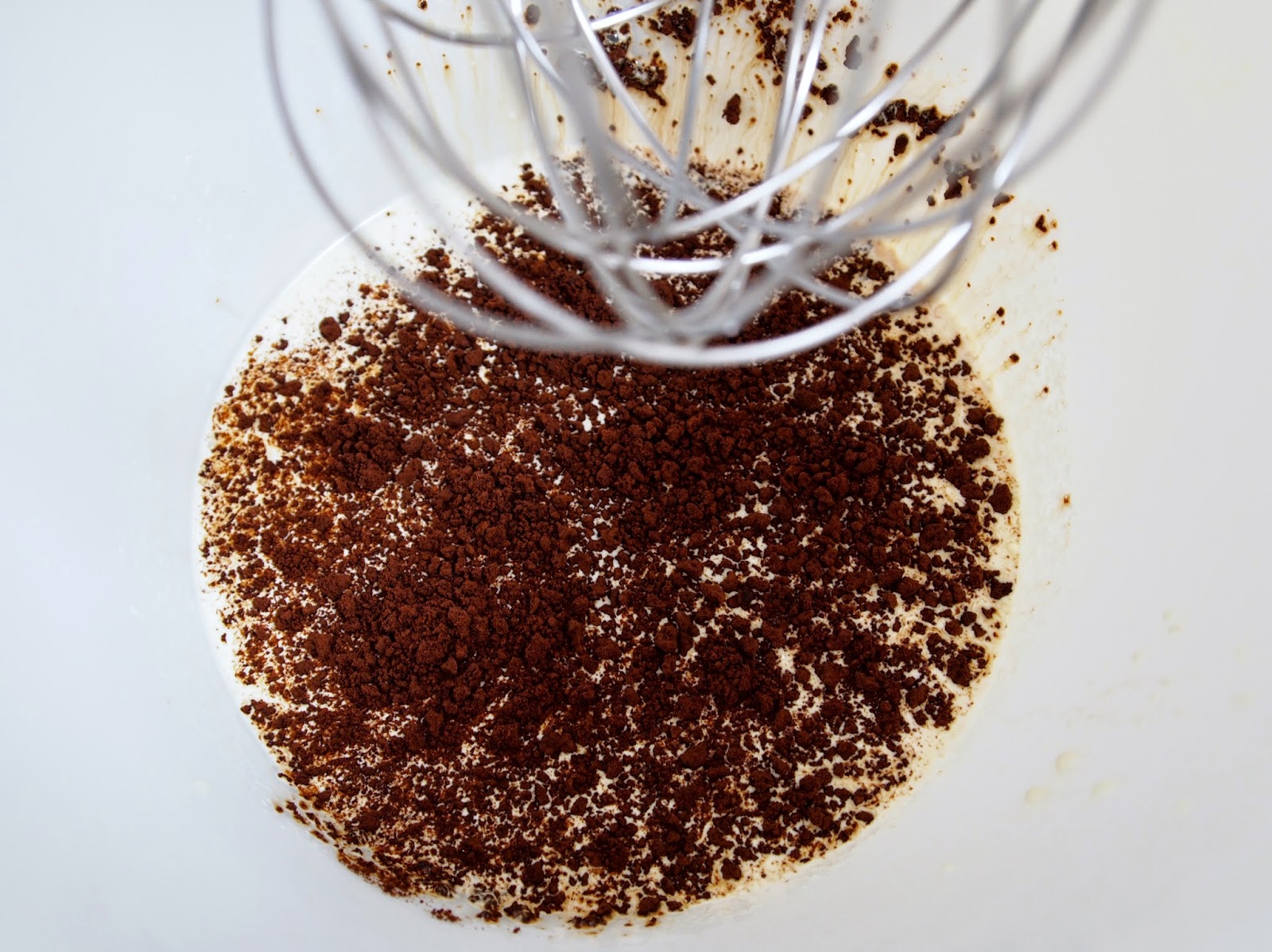 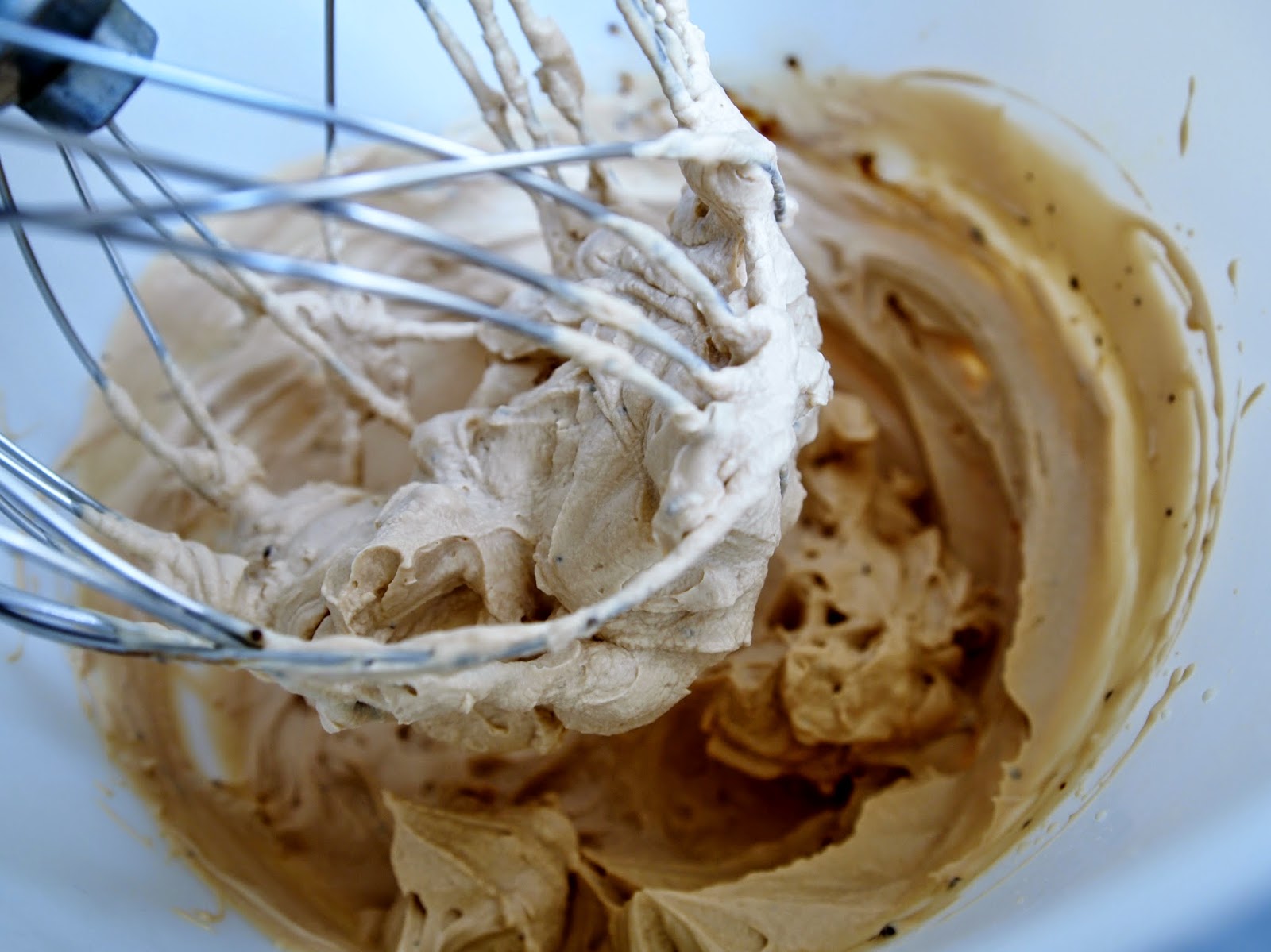 2.      Start by whisking all the ingredients together to form soft peaks. Use a machine; your arms do not deserve to be punished that much. 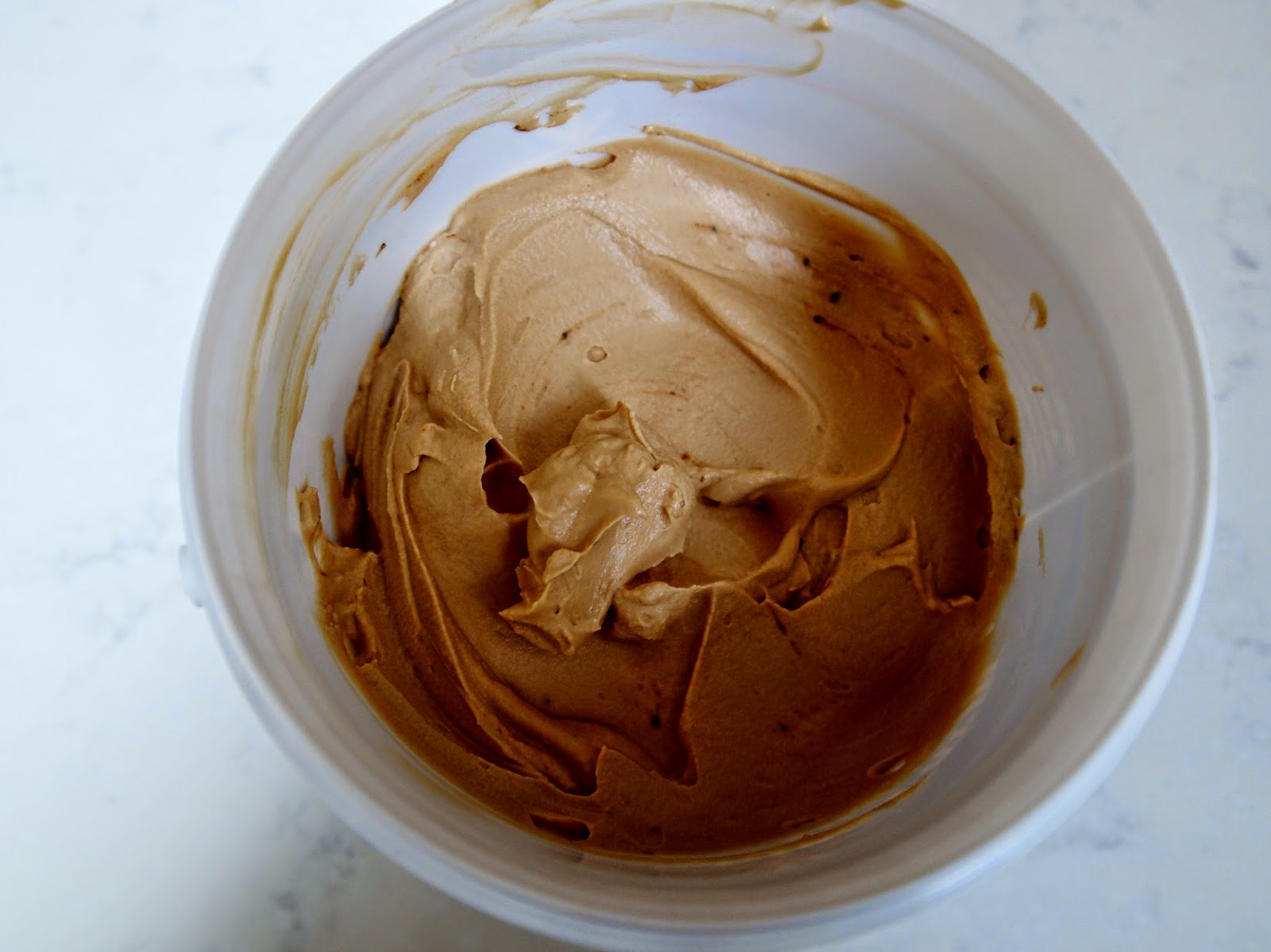 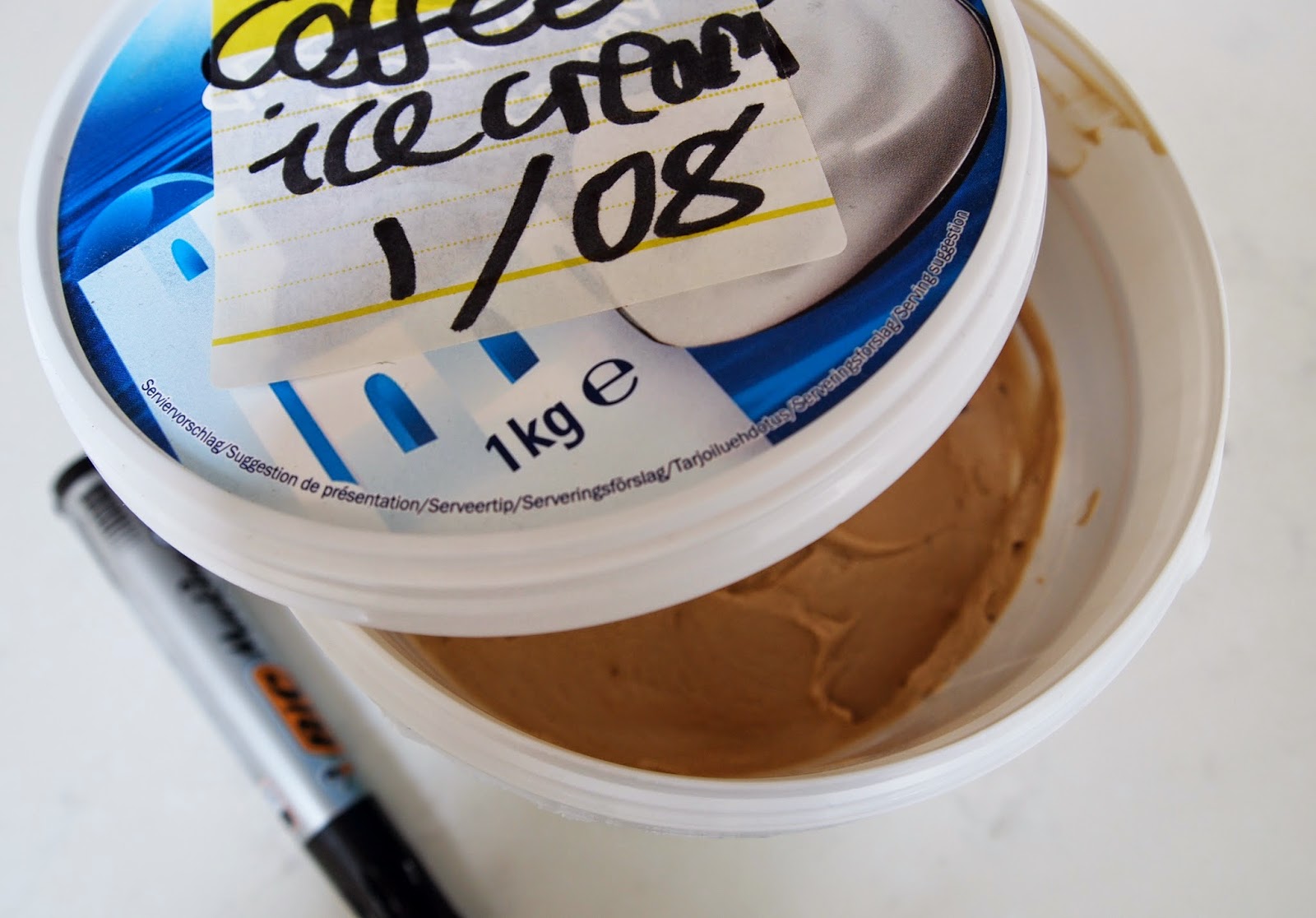 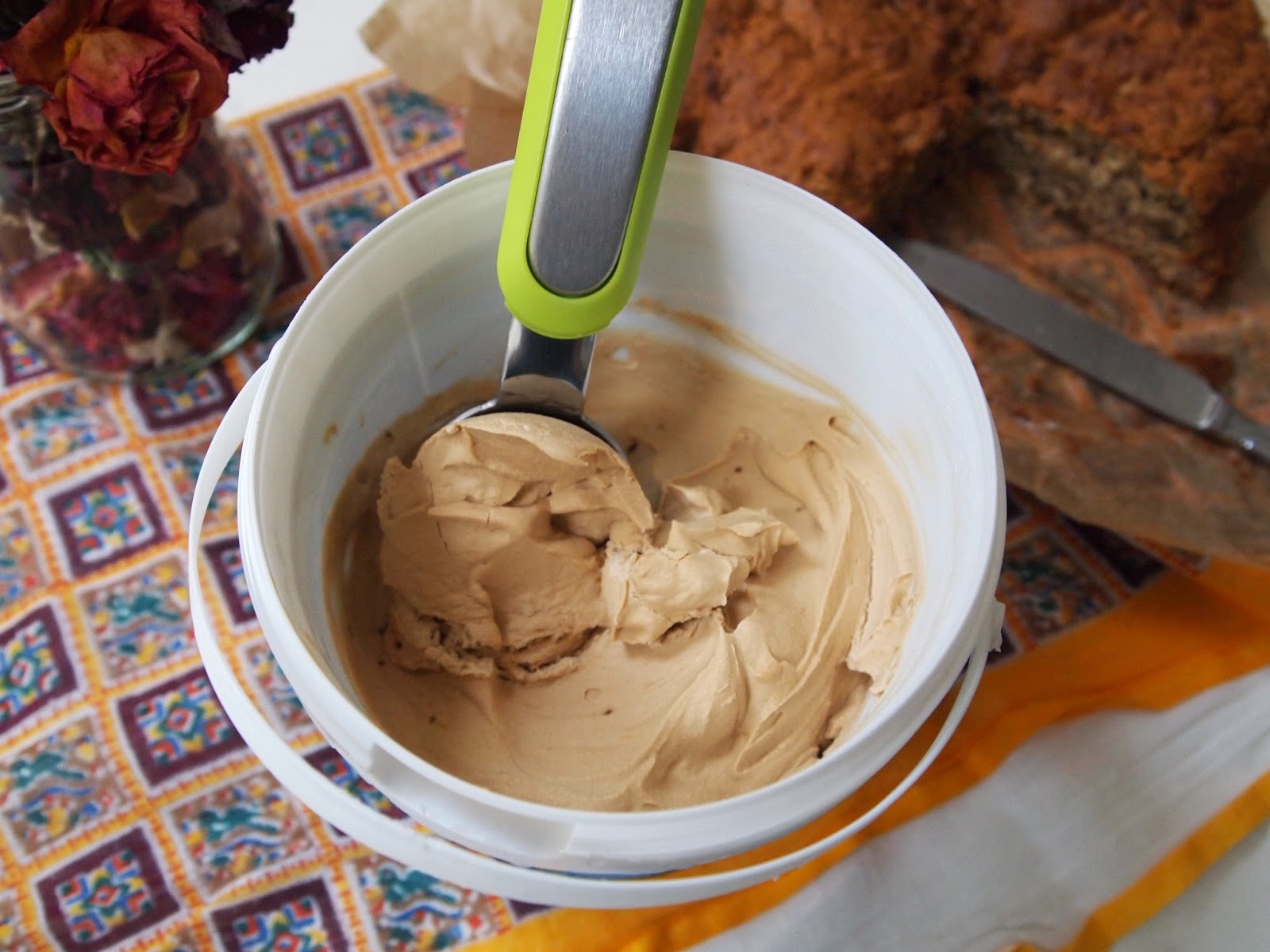 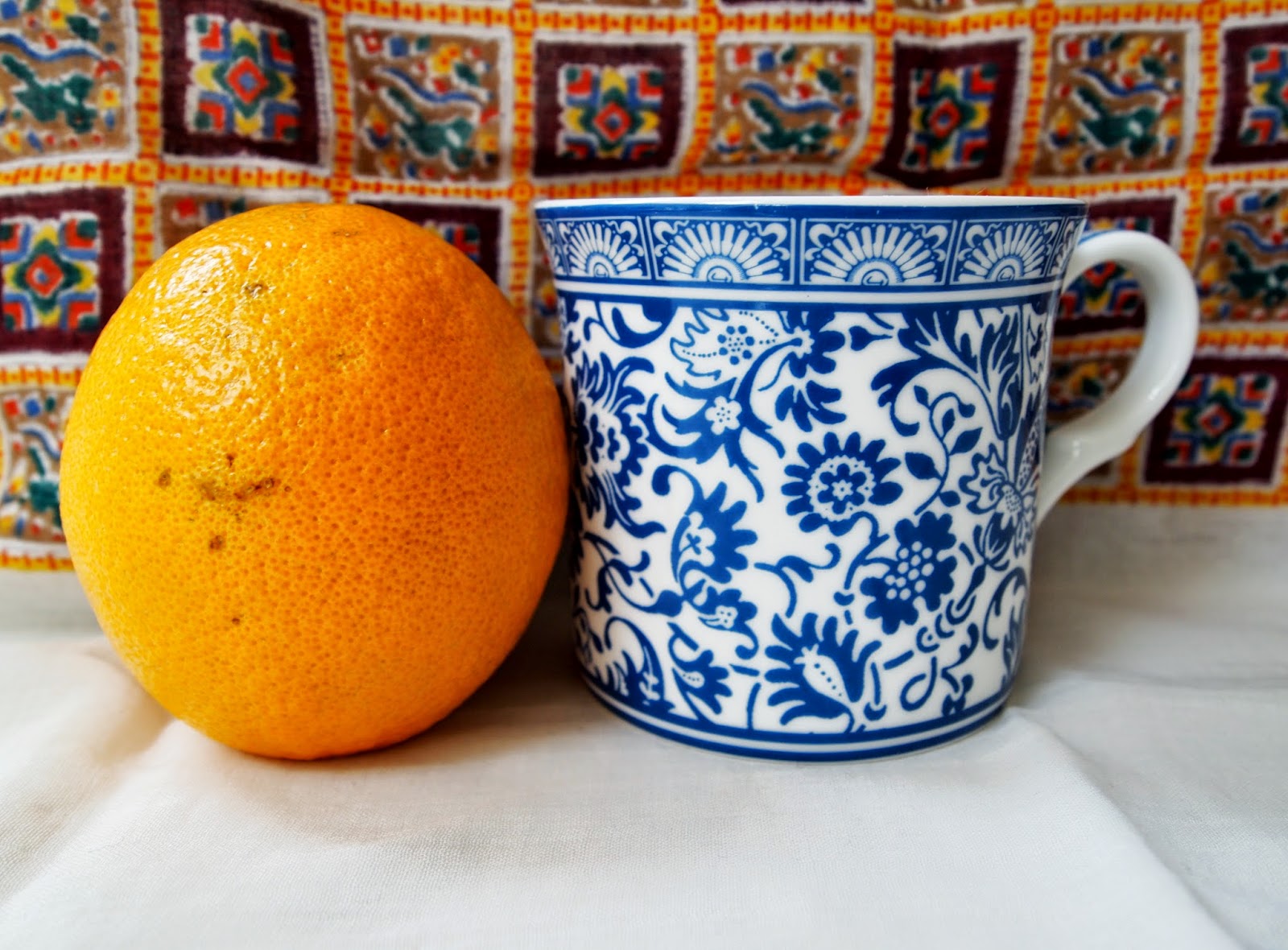 For reference, this was the measuring cup  I used. A cup only slightly taller and wider than an orange. 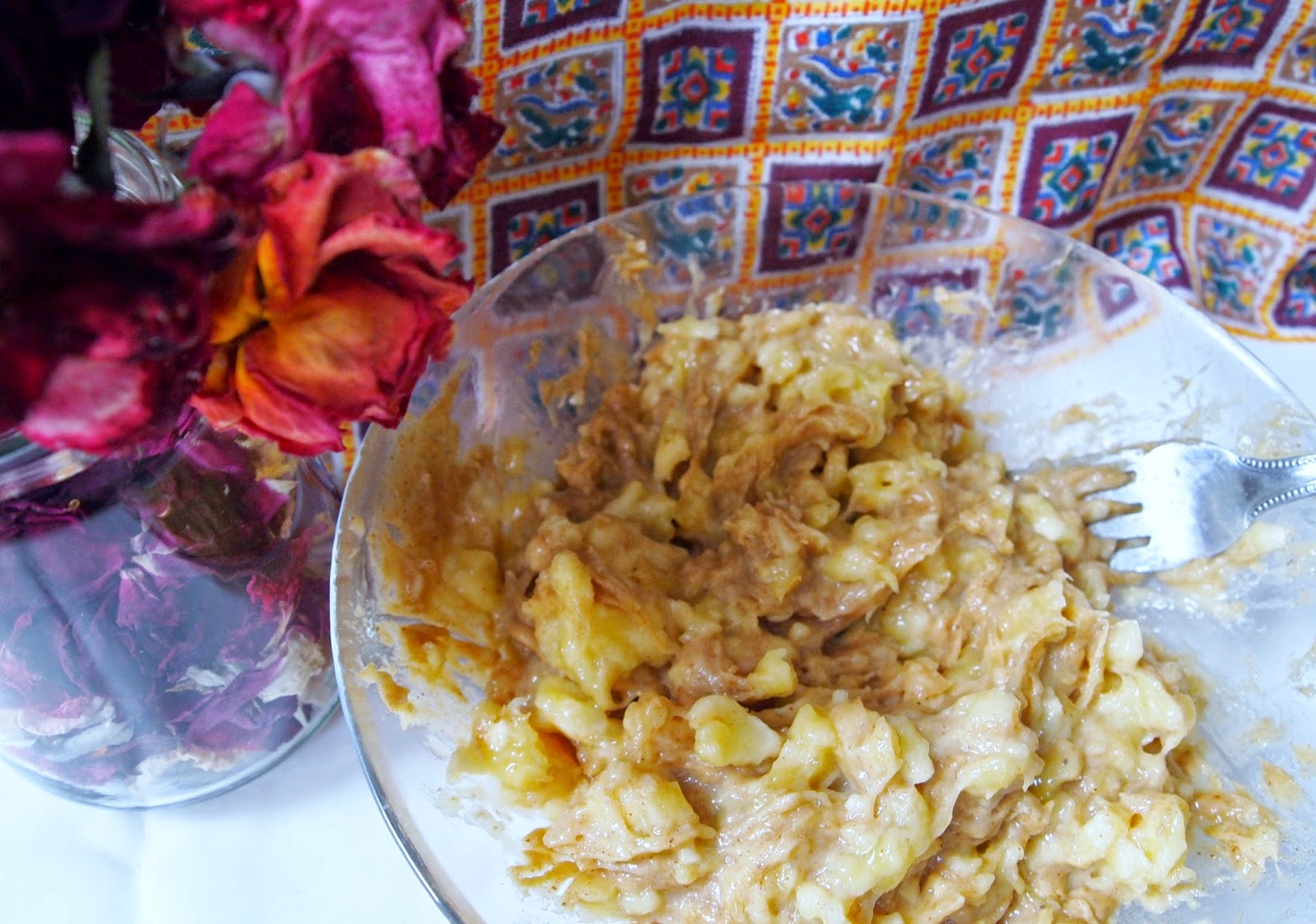 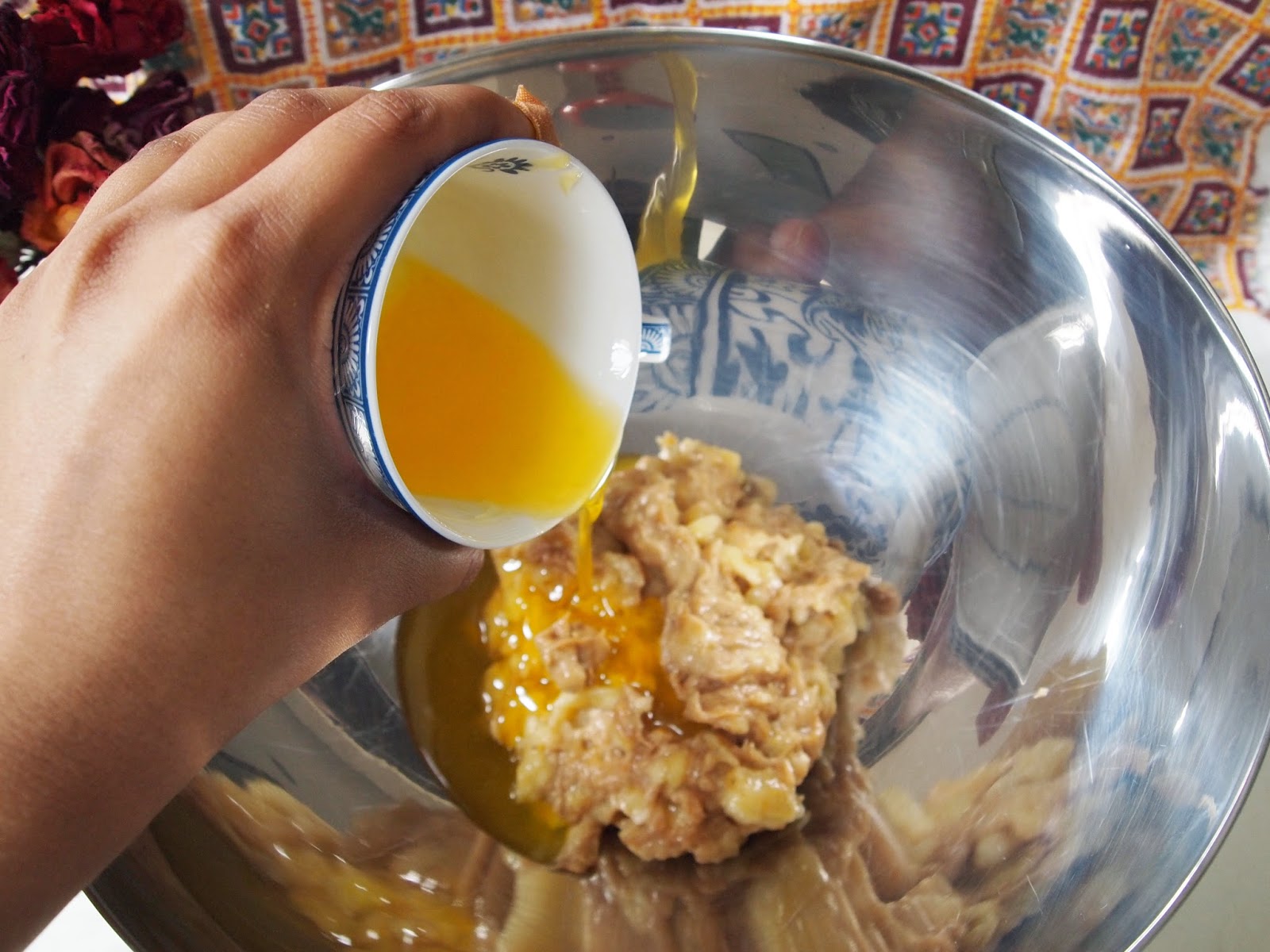 2.      Add the melted butter, sugar, milk and bicarbonate of soda and mix well. 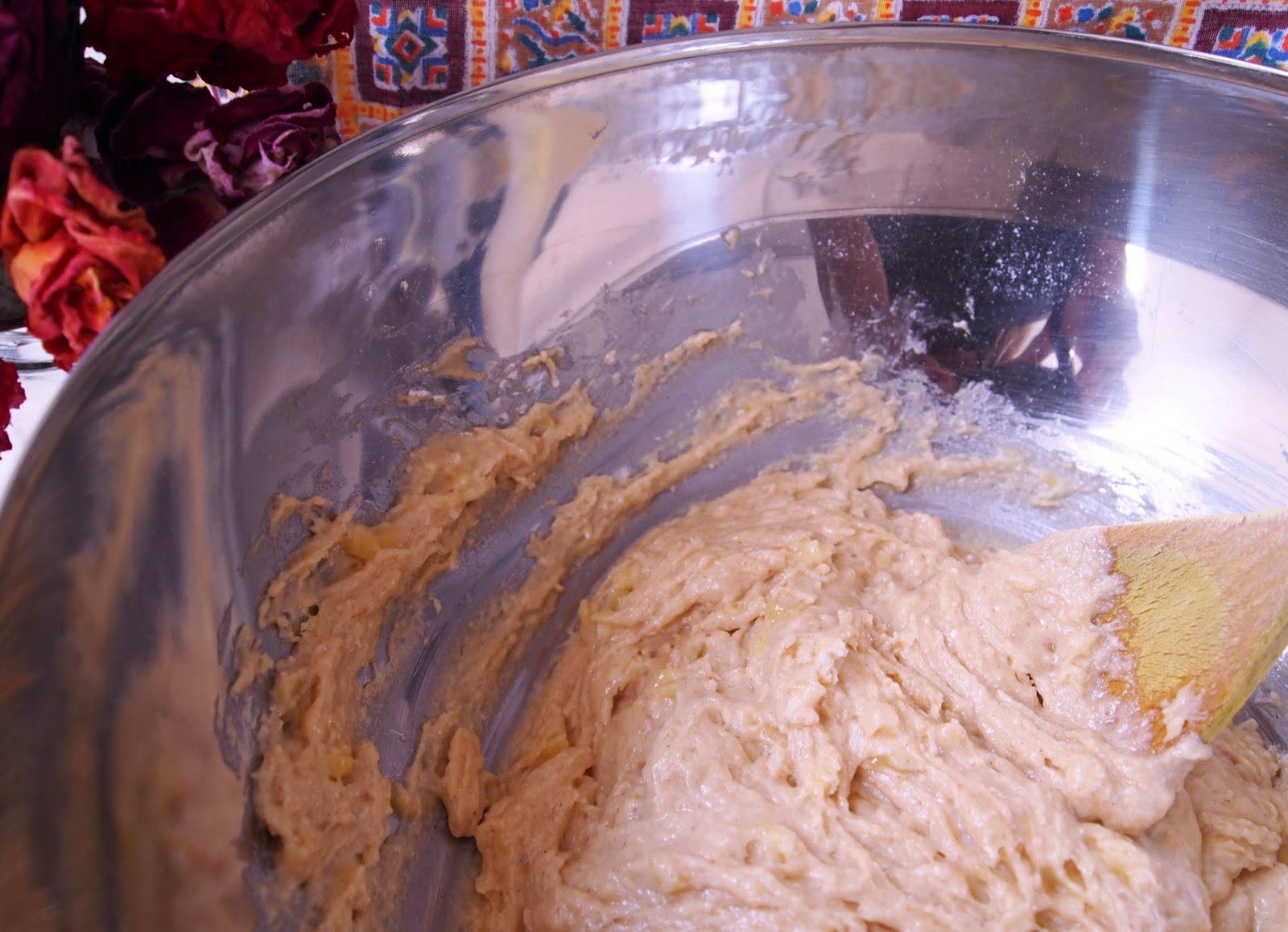 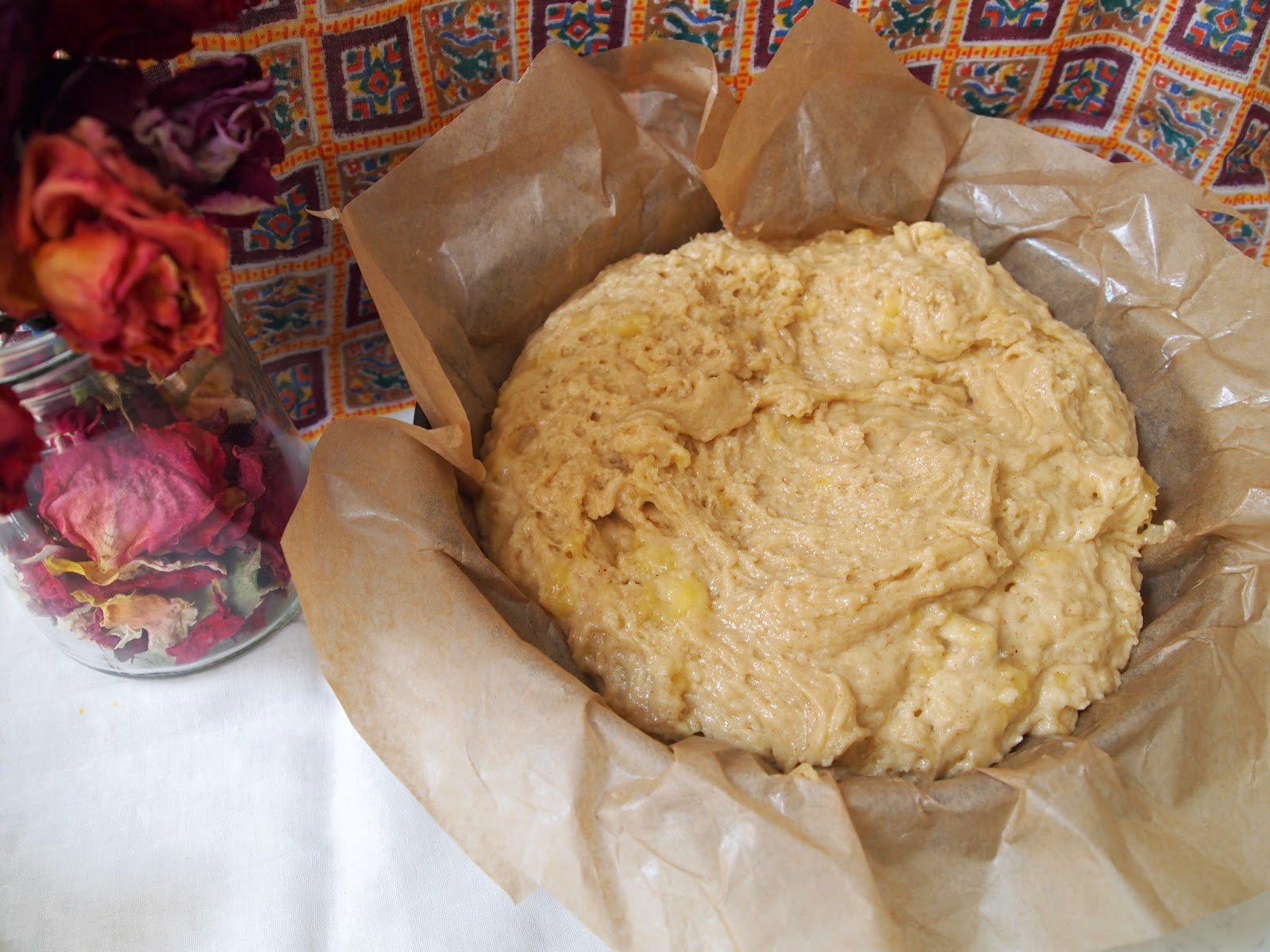 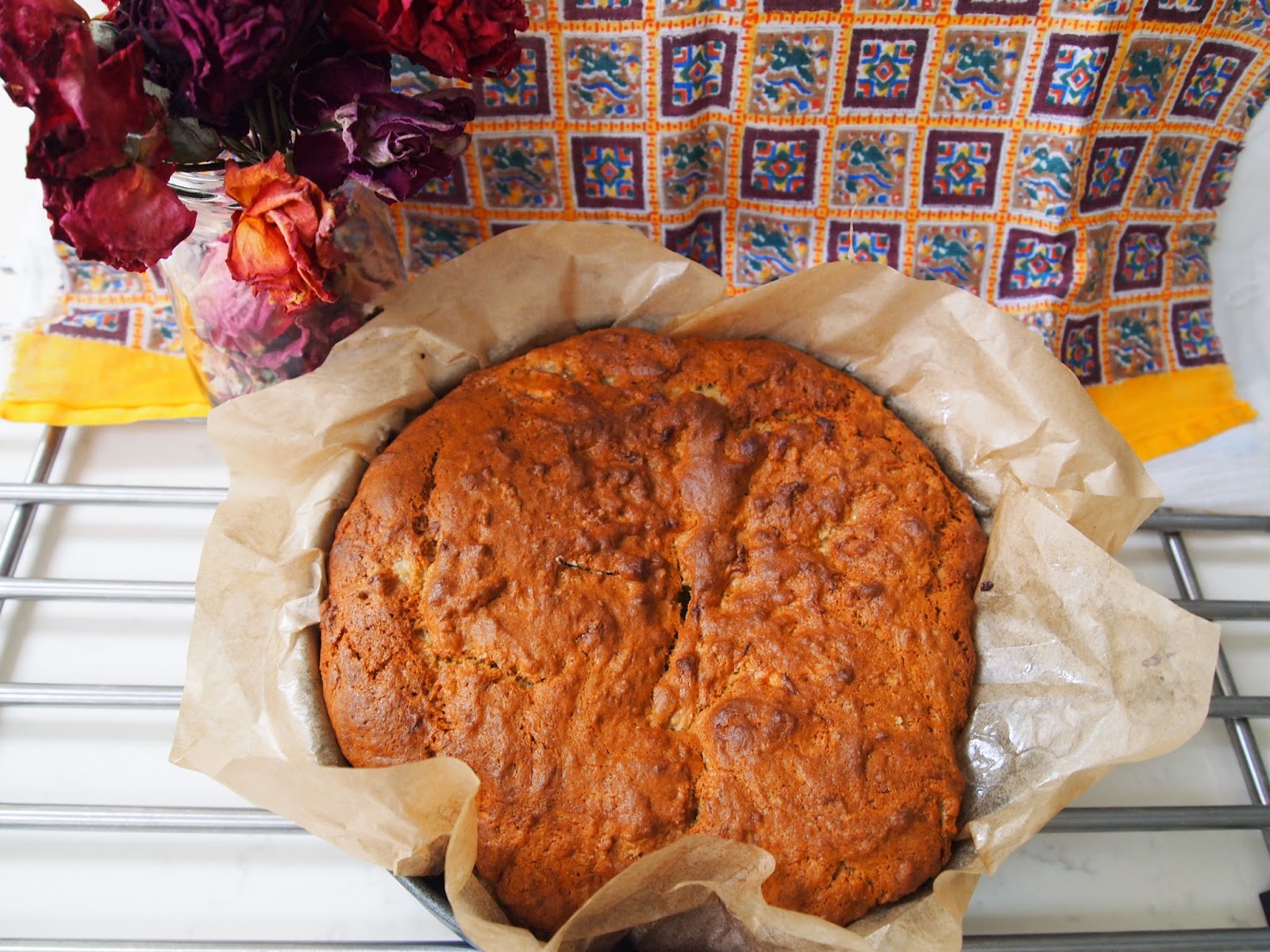 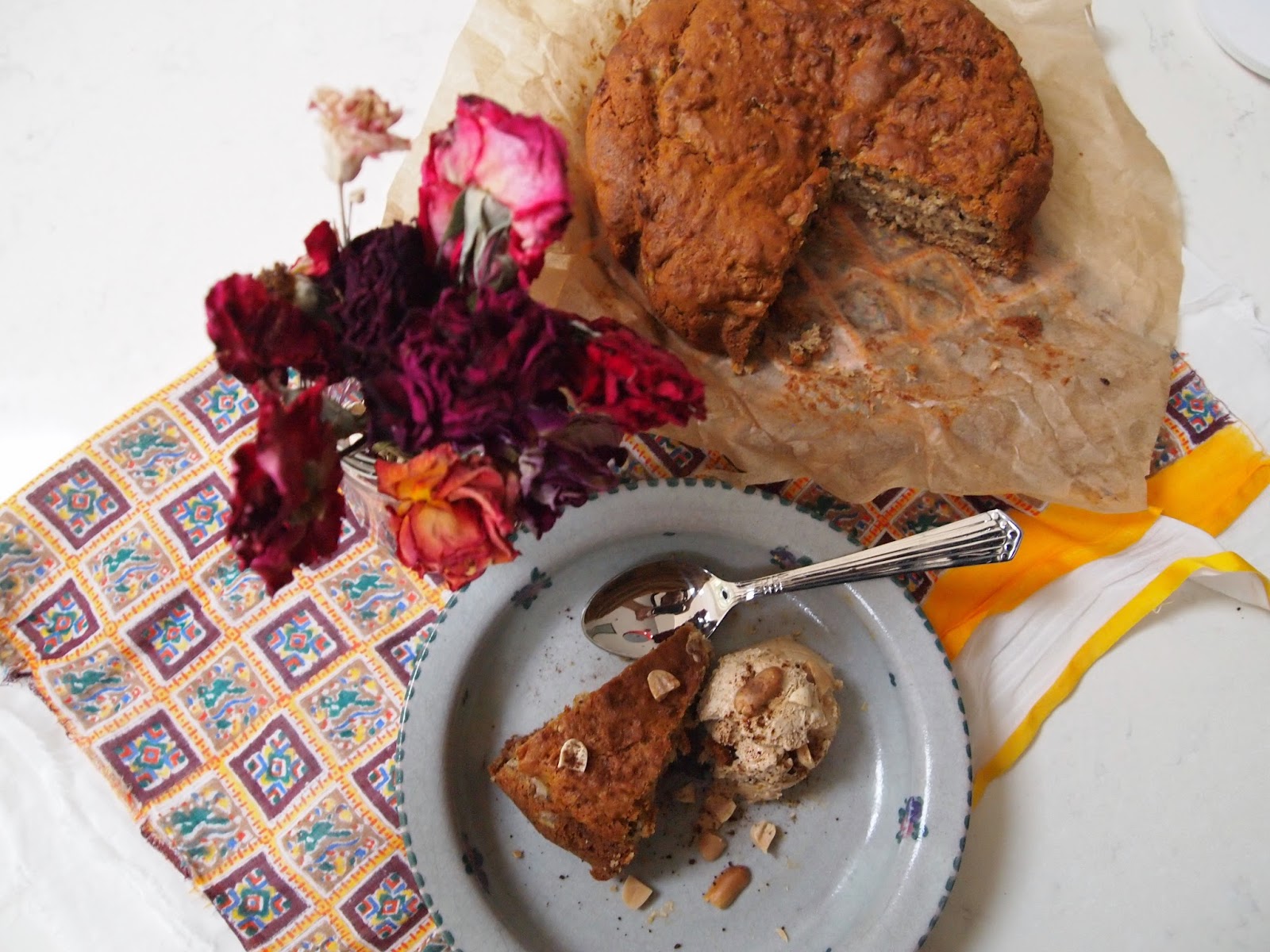 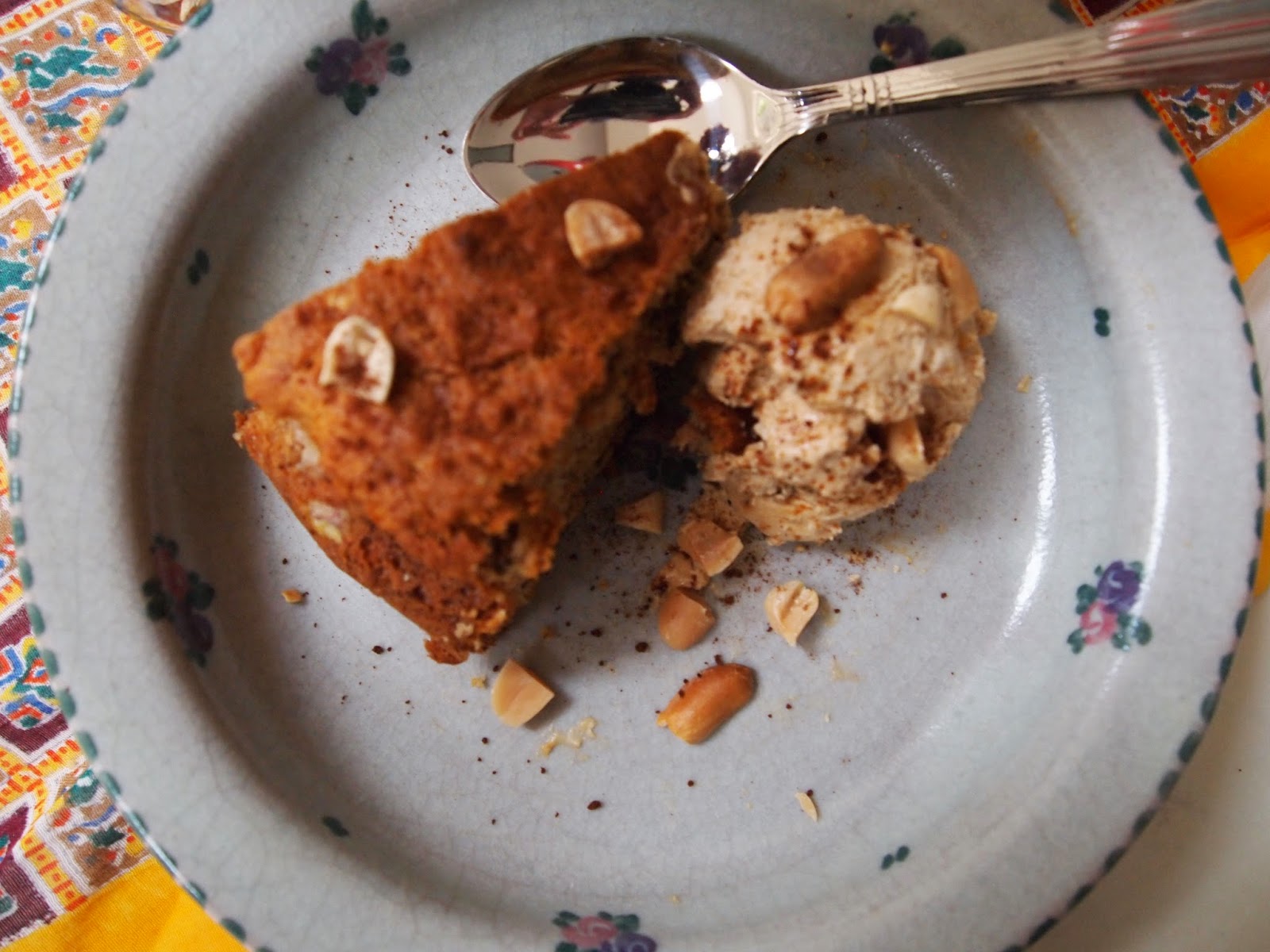 Whatever time of day you decide to try this recipe, I hope it satisfies you as much as it did me.